Written by and from the viewpoint of Paula Munger, NAA’s director of research and analysis

No one would deny that the lack of affordable housing in the United States is a serious problem. Housing affordability is all over the headlines, as is the gender pay gap, but when you couple them together with some basic demographic information, the stark economic inequality for women becomes even more evident. 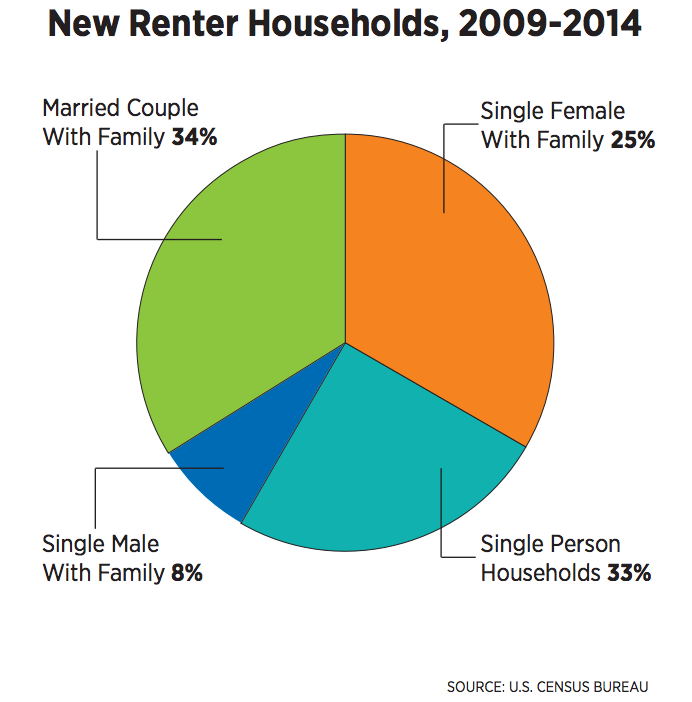 Between 2009 and 2014, the U.S. Census Bureau reports that more than a million unmarried female-headed households were started in rental units, representing 25% of all new renter family households over that time. The Census defines “family” as at least one member of the household who is related to the head of household by birth, marriage- or adoption; “single” includes those never married,divorced, separated or widowed. In 2014 (most recent data available), nearly 70% of total female-headed rental units housed children. (New Renter Households, 2009-2014 Chart)

The largest growing age cohort in this demographic are in the 65-plus- category. These are women who are caring for other family members, including their grandchildren, some of whom must rely on fixed incomes. 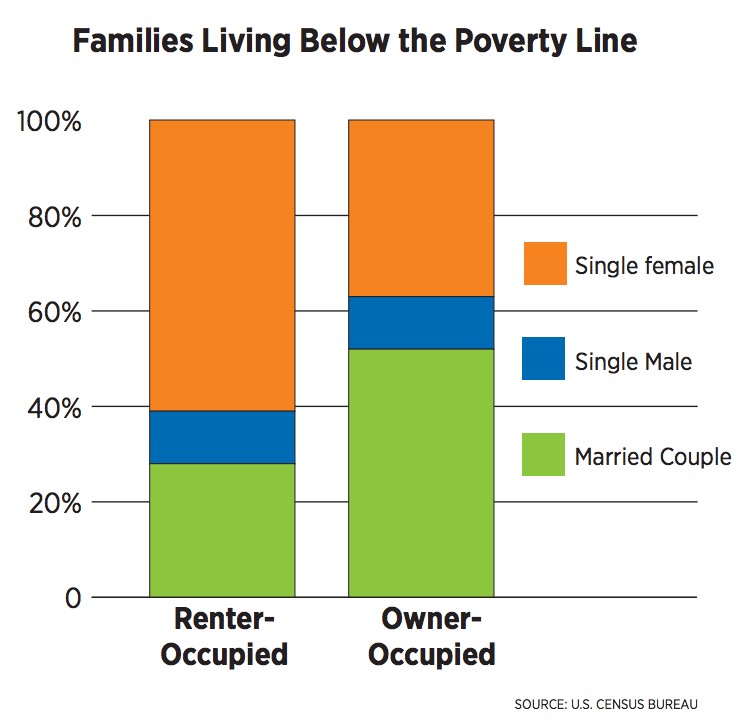 Looking further into income levels, an astounding 41% of all families that live below the poverty level are headed by single females who rent; and 61% of renter households living below the poverty line are led by women. (Families Living Below the Poverty Line Chart) 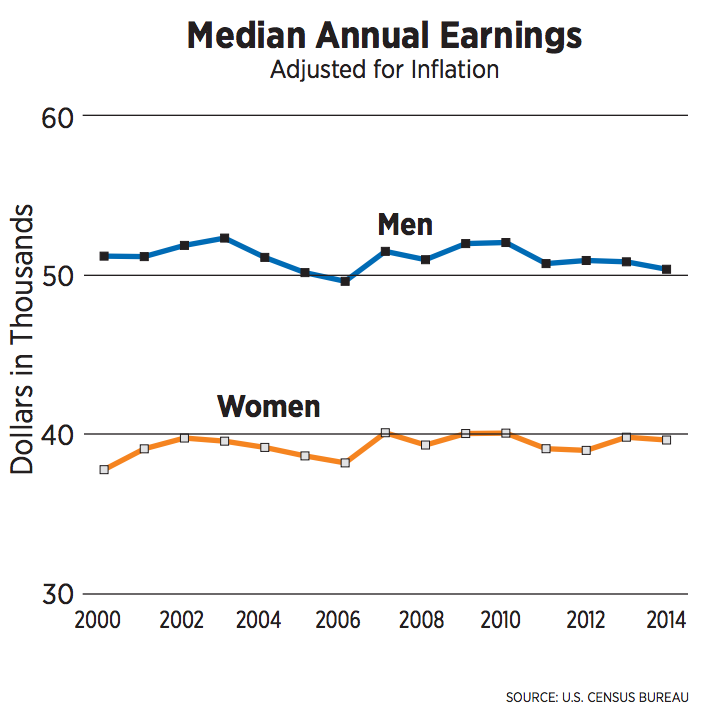 When adjusted for inflation, both men’s and women’s incomes have barely budged in recent years, and have fallen since 2007.  Although the gender pay gap has narrowed over time, it has recently leveled off, but there is still a long way to go. In 2014, women made 78.6 cents to men’s $1. (Median Annual Earnings Chart) 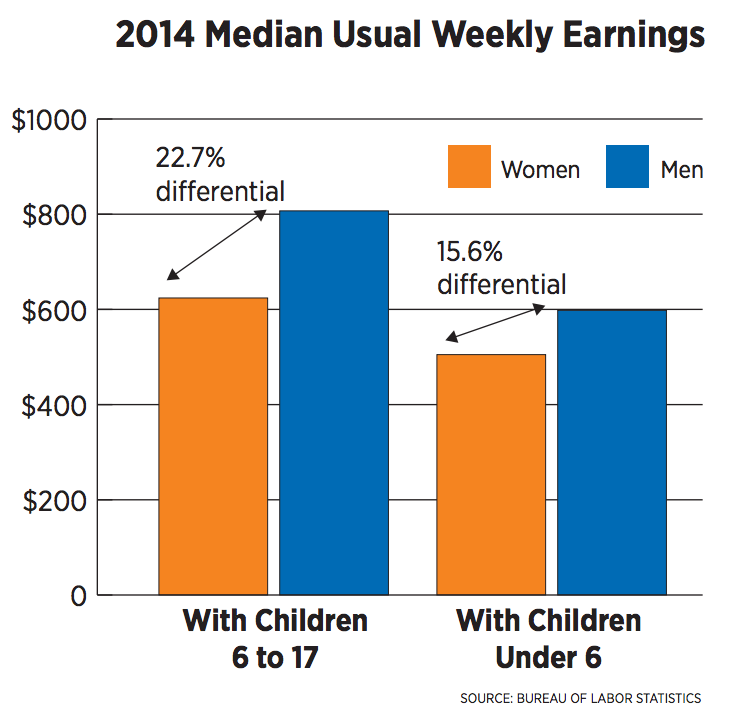 If a woman is unmarried and has children between the ages of 6 and 17, the pay gap widens further. (2014 Median Usual Weekly Earnings Chart) 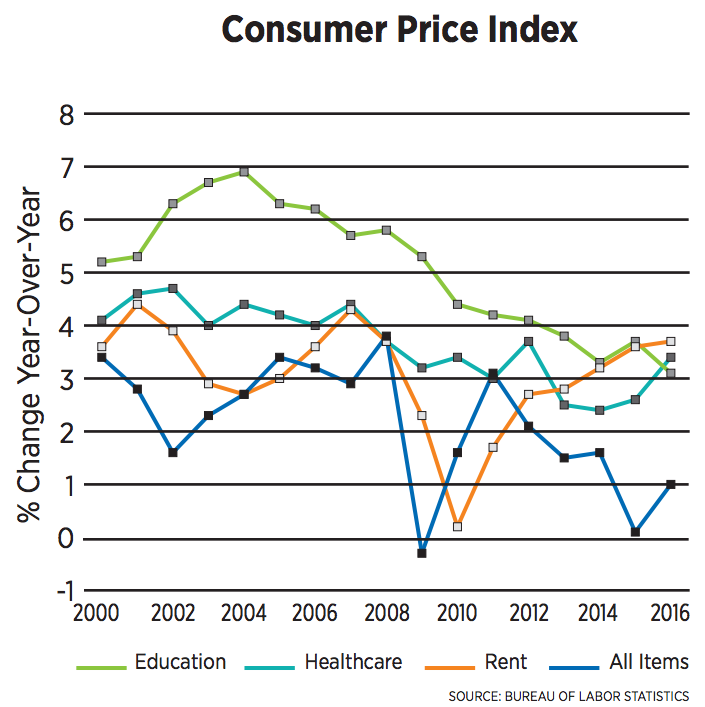 While the rate of inflation (Consumer Price Index) has been just about non-existent post-Recession, when broken down into various components, the increased costs are troubling. Since 2012, rent, education- and healthcare costs are all rising faster than the sum of all the components of the CPI; precisely how these working mothers with 6-17 year-olds are spending their hard-earned incomes. (See Consumer Price Index Chart)